In 1947, the year I turned 11, I fell in love with a voice on the radio. It was a singer on Arthur Godfrey’s daily CBS morning radio show named Janette Davis, a lady with a rather low, sexy voice who could turn on a dime from a soft ballad to a raucous hillbilly shouter without even breaking a sweat. I was smote.

I already had an addiction to another radio vocal act, the Andrews Sisters, and a marked preference for upbeat, rhythmic, even bombastic music. Slow, tender love songs usually bored me to tears, and singers who specialized in crooning soft-and-pretty rarely captured my interest, but Janette Davis (as with the Andrews Sisters) bridged that gap. To this day, over half a century later, I hold the same preferences.

I began accumulating Janette’s Columbia records and tuning in whenever possible to Godfrey’s shows, ferreting out any print material on her from newspapers & magazines. Then, around 1952, I found and joined an actual Official Janette Davis Fan Club, run by a lady in Brooklyn named Grace Manfredo. Turns out she knew Janette and asked if I’d like to attend a live telecast of Godfrey’s Wednesday night variety show with her and then meet the lady. I lived only a few blocks away from the CBS Theater on Broadway where the live shows were telecast (it’s now called the Ed Sullivan Theater), so I jumped at the chance.

For a few years thereafter I became no less than a besotted teenaged fan (aka, a pest). I saw many of the daily morning and Wednesday night shows from the audience with Grace and a few other fans who had become friends. We would regularly wait for Janette at the stage door after the shows, and she was never less than garrulous and friendly, chatting merrily as she signed every photo we’d hand her and posing tirelessly whenever a camera was aimed her way. Why she so patiently put up with us I’ll never understand.

(I also chatted frequently with some of the guys in the crew and other cast members - Marion Marlowe, Haleloke, two of the Mariners and all three McGuire Sisters in particular.)

One evening stands out. I’d seen that Wednesday night’s show from the audience, and one of the sponsors was Pillsbury. The commercials were all done live then, and on this night they rolled out a few freshly baked yummy-looking cakes to be shown as part of the commercial. After the show I waited as usual at the stage door, and when Janette came out she was carrying one of the cakes and quickly handed it to me. “Here,” she said, “take it. And if you tell anyone from the show that I gave it to you, I’ll have to kill you.” 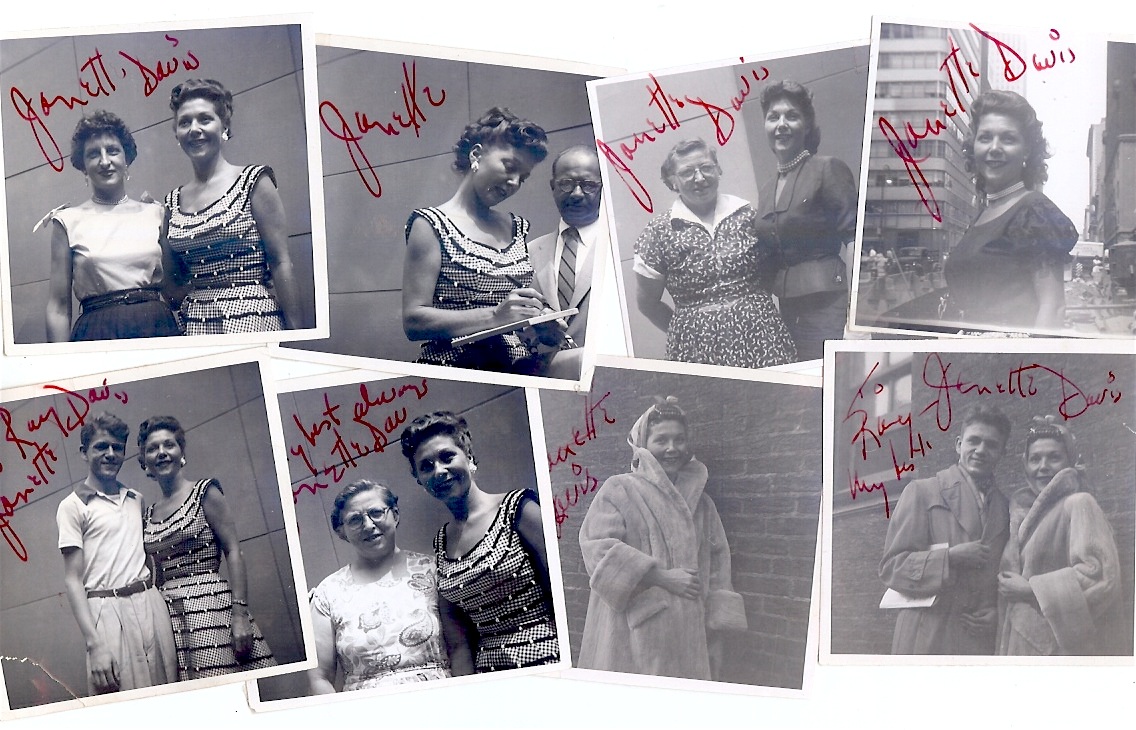 Well, I did finally grow up and even became a functioning adult. But my enthusiasm and respect for her talent has never waned. Ergo, my setting up this long-overdue website in tribute to Janette Davis.

Here are some early 1950s photo-montages of me and my fan-friends, mostly taken by us and then signed by Janette, usually with my red pen. I’m the gangly, skinny teenaged geek in the photos. 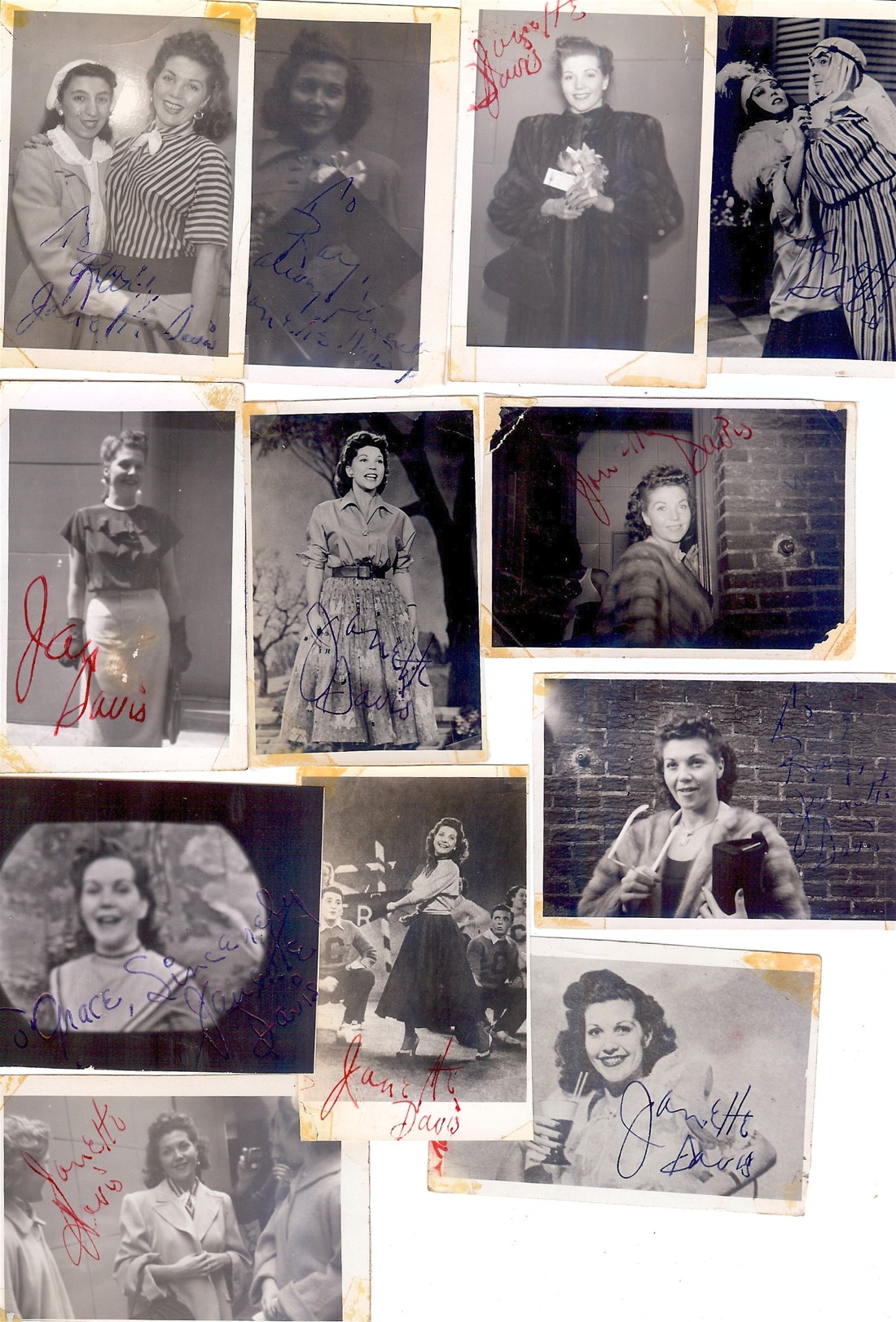